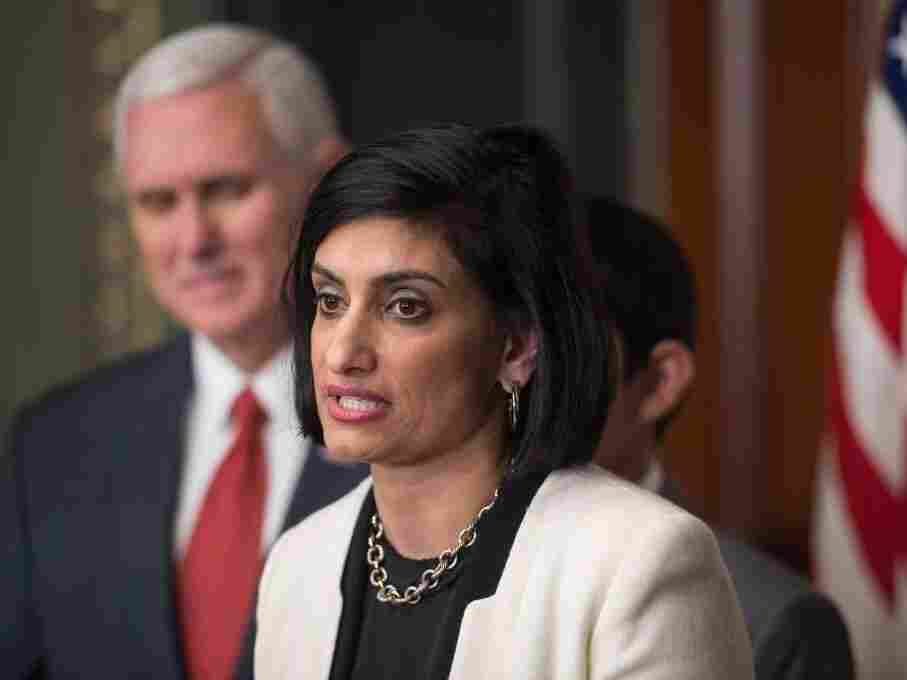 Seema Verma told hospital executives that she wants states to have flexibility in how they administer Medicaid, but there are limits.

The Trump administration has made clear it would like to remake the American health care system. There’s been the protracted battle over the Affordable Care Act. Now, there are some new moves on the future of Medicaid.

On Monday, the federal government released decisions on requests from two states to change the way they administer the health care program for low-income people.

The first decision came on lifetime caps. Kansas wanted to cut off Medicaid benefits for some people after 36 months.

At a meeting of the American Hospital Association in Washington, D.C., Seema Verma, administrator of the Centers for Medicare and Medicaid Services, made clear that she wants states to have lots of flexibility. But she also drew a line on how far that flexibility can go.

“We’re also determined to make sure that the Medicaid program remains the safety net for those that need it most,” Verma said. “To this end, we have determined we will not approve Kansas’ recent request to place a lifetime limit on Medicaid benefits for some beneficiaries.”

In Kansas, the number of adults eligible for Medicaid is already pretty small, mostly the elderly and the disabled. “Non-disabled adults who don’t have minor children are not eligible for Medicaid at all in Kansas, no matter how low their income is,” says Louise Norris, who writes about health care policy for healthinsurance.org.

The cap would therefore have affected only parents of young kids with extremely low incomes — those who make 38 percent of the federal poverty limit. “So to put that in perspective, if you have a household of three people — like a single parent with two kids — you’re talking $8,000 a year in total income,” Norris said.

The rejection of lifetime caps in Kansas sends a signal to the handful of other states — Maine, Arizona, Utah and Wisconsin — that have similar proposals pending.

Later in the day, there was another decision on Medicaid, when New Hampshire became the fourth state to have its request approved to add work requirements.

Joan Alker of the Georgetown University Center for Children and Families said the timing of the decisions on Kansas and New Hampshire was probably planned. “The fact that they rushed them out together suggests that they wanted to quickly get back to their message that states know best,” she said.

What wasn’t determined Tuesday was the outcome of Kansas’ proposal to add its own work requirements. All of the states that have received approval so far — Indiana, Kentucky, Arkansas and now New Hampshire — expanded eligibility for Medicaid under the Affordable Care Act.

If Kansas’ request is approved, it would be a first for a nonexpansion state. And Alker says many adults in Kansas would lose their Medicaid coverage. “You have a parent who, if they met the work requirement their income would be too high and they’d lose Medicaid, and if they don’t meet the work requirement they’d get kicked off,” Alker says. She calls it a Catch-22.

Other states that didn’t expand Medicaid and also want a work requirement — like Mississippi and Alabama — are closely watching what happens with Kansas’ proposal.