Medicaid dodged a bullet when the GOP efforts to undermine it went down in flames last Friday, as did its recipients. At least, for now. Meanwhile, for this particular recipient, it’s time for me to fill out what used to be my annual Medicaid redetermination form. (Technically, it’s for Medi-Cal — California’s version of Medicaid.) I say used to because the form now only needs to be filled out every other year. 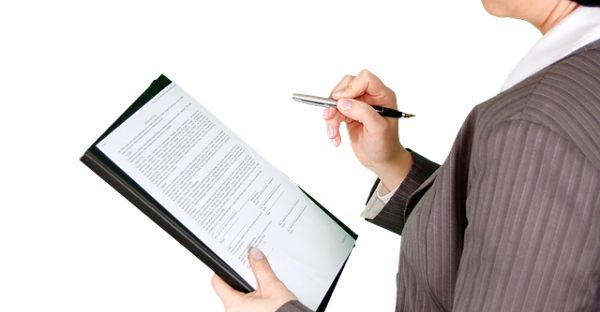 Last year, I panicked when I didn’t receive my Medicaid redetermination form in July. I spent at least an hour total on hold and talking with a customer representative to correct this oversight. When I received the form, I realized the form wasn’t quite the same.

I called again. Minute upon minute ticked by as I waited on hold. After I finally connected with a representative, I was informed that the Medicaid redetermination forms were now bi-yearly, which is why I never received it.

So now you tell me!

That policy change should’ve been my clue that something positive was going on with the way solid-blue California was administering Medicaid.

This year, I received my Medi-Cal redetermination form on schedule. The form was unchanged, but when I noted the due date, it gave me at least double the time to respond. It used to be no more than two weeks — and one time I received it late and it was even less than that.

Now, I had more than a month to return the form. But that’s not all.

Knowing that I had time, I waited to get around to filling out the form. What’s the rush?

The Department of Social Services, like a nagging mother, sent me a letter nudging me to send in the redetermination form more than two weeks before it was due. And then they called me, too. 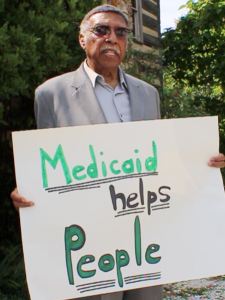 Medi-Cal was acting like a harassing collector, except they were trying to give me something (or at least make sure I retained it).

I sent in the form about ten days early. But I wouldn’t be surprised if they would’ve tried once or twice more to contact me before the drop-dead date.

The Medicaid redetermination form has always warned that failure to return it could result in termination of benefits. California was hellbent on preventing that from happening. So was I, but the Golden State couldn’t have known that.

In the bad old days before Obamacare, I had to fill out an extensive form attesting to the fact that I still suffered my various chronic, debilitating conditions. No, my permanently damaged lungs weren’t miraculously healed in the last year.

I was also required to get my doctor fill out and sign the form.

Coincidentally, I fell into my coma during the time I usually receive my Medi-Cal redetermination form. Keith put the envelope aside with the rest of the piles of mail. He had received it during my most perilous period, when it looked like I would almost certainly die.

When he got around to opening the envelope, he discovered with dismay that the filing deadline had already passed. Taking time off from work, he schlepped all the way to El Monte to meet with my eligibility worker. Because he didn’t have an appointment, he had to wait a long time to see her.

This is what Keith remember in that time of heartbreak and little sleep.

I forget which part of the form, but I had to detail your condition and that you were not expected to recover. She was upset, and seemed quite human, helpful, kind after she understood your condition.

Keith previously told me that my eligibility worker had cried. Take that, stereotype of indifferent government workers!

As you can see, Medi-Cal was doing its damnedest to show what a state determined to help its most vulnerable citizens can accomplish.

But it’s not only California — in which Democrats control all levers of power going to such lengths. And it’s not even just Democratic-dominated states, either.

I’ll give credit where credit is due and give a shout-out to a couple of Republican chief executives who have also gone the extra mile for their lower-income population: Ohio’s John Kasich and Nevada’s Brian Sandoval.

They were both extremely vocal in their opposition to the GOP congressional efforts to not only end the Obamacare Medicaid expansion, but permanently wound the Medicaid program.

John Kasich was the most outspoken of all. Previously, Kasich had beaten back an attempt by the Ohio legislature to freeze Medicaid expansion enrollment. And he worked tirelessly to recruit insurers to fill counties left without a single insurer after a couple of insurance companies withdrew from participating in Ohio’s ACA marketplaces.

Now insurers have returned to 19 of 20 counties.

Brian Sandoval, for his part, was the first Republican governor to accept Medicaid expansion in his state. While Nevada senator Dean Heller broke with Sandoval over his yea vote on Skinny Repeal, he hewed closely to his governor’s staunch opposition to the BCRA and partial repeal.

I suspect Heller thought — as I feared many Republicans would — that Skinny Repeal gave him cover to vote for repeal without harming the Nevada’s Medicaid recipients. Though he may find that he voted the worst of both worlds. Ticking off constituents of every stripe in his all over the board votes. And in the process, he managed to alienate the popular governor he needs to keep his seat in 2018, in a state won by Hillary Clinton.

Though it’s too soon to declare Obamacare repeal really most sincerely dead, millions of Americans — even those in many Republican-ruled states — can rest assured that Medicaid will continue to provide them the healthcare safety net it was designed to.

For the near future. 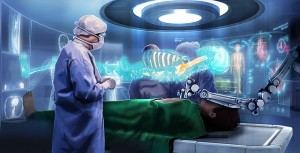 Via Brother UK, CC BY-SA 2.0. Will Medicaid as we know it survive into the future?

Hey kids, you can now sign up to receive a secret toy surprise: My latest posts right in your inbox!

If you like my writing, please consider supporting my work on Patreon. For only $1 a month, you can follow my recovery while you enjoy wildlife, nature, and garden photos, gifs, and panoramas, as well as other exclusive content. A pledge of $5 brings you the pre-publication versions of my Free Inquiry essays. Click here for more rewards: Become a Patron!

Stay in touch with Miracle Girl on Facebook:
Go to Source